Covid-19 is the turning point of the century, the world hasn’t witnessed anything with such repercussions affecting legal provisions!  It has affected the world on many levels, such as the labor sector. Almost all workers had 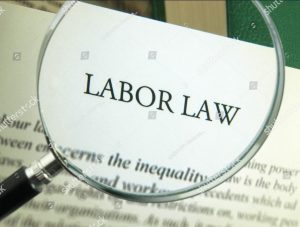 to switch from on-site work to remote work suddenly. Their routine was disrupted and most of them were working unpaid extra hours since there was no control over working hours anymore.   The unexpected pandemic and the outcome it held over most employees triggered the Portuguese’s socialist government to take action and amend the labor law according to the new needs of their employees while working from home.

Haven’t we all been through a long day at work, and at the end of it, all we want is just to clear our heads after office hours? Well, some employers don’t understand such a need for privacy!   Henceforth, under the new Portuguese labor law, if your employer tries to contact you outside of office hours, it will be illegal and you can enforce a fine upon him, except for mitigating circumstances. However, this only applies if your company has more than 10 employees. No more messages, calls, or emails from your boss after work! According to the law, they must  “respect the privacy of the employee”.   On another note, you might want to keep in mind that the law regarding the right of the employees to disconnect and turn off all work devices and messaging services, is not granted by the labor law considering it is still pending and yet to be approved by the Portuguese legislator.   Workers have the right to opt-out of remote work at any time. But if they choose to work remotely, they can be reimbursed by their employer for any increased charges such as electricity,  internet, and gas bills, resulting from their online work.   Furthermore, the new law has remarkably provided a precautionary measure against isolation,  which is remote work’s biggest threat, as it requires a meeting in person every two months between the employee and his or her superior.  And the best news to all parents out there, is the new rules grant all parents with children younger than 8 years old, the right to choose remote work without the prior notice required if it is possible considering their jobs.

According to the Minister of labor, Portugal’s aim in these regulations is to encourage and attract digital nomads.   Digital nomads, as stated in Meriam Webster’s dictionary, are people who perform their occupation entirely over the Internet while traveling. And their presence in Portugal will most definitely benefit the economy of the country as well as overcome all repercussions caused by the pandemic. 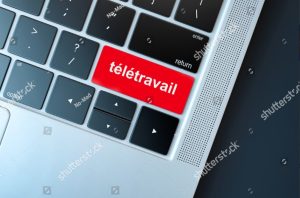 Portugal also coordinated a digital nomad village in Madeira islands where free Wi-Fi and workstations for employees are available. In addition to that, the government is setting up the newly designed temporary resident visa for the digital nomads.

In 2020, the number of digital nomads increased by nearly 50%.   Portugal is not the only country that considered such adaptation to the new work reality.   Other countries also encouraged such a lifestyle by granting employees a 1-year residence permit without any visa, which was the case with the Caribbean Island.   Moreover, Spain, Costa Rica, and many other countries are considering measures to attract digital nomads.   What should we expect in light of such changes in the labor sector? Has a new era been born as a  consequence of the pandemic? By Sherine Oueidat