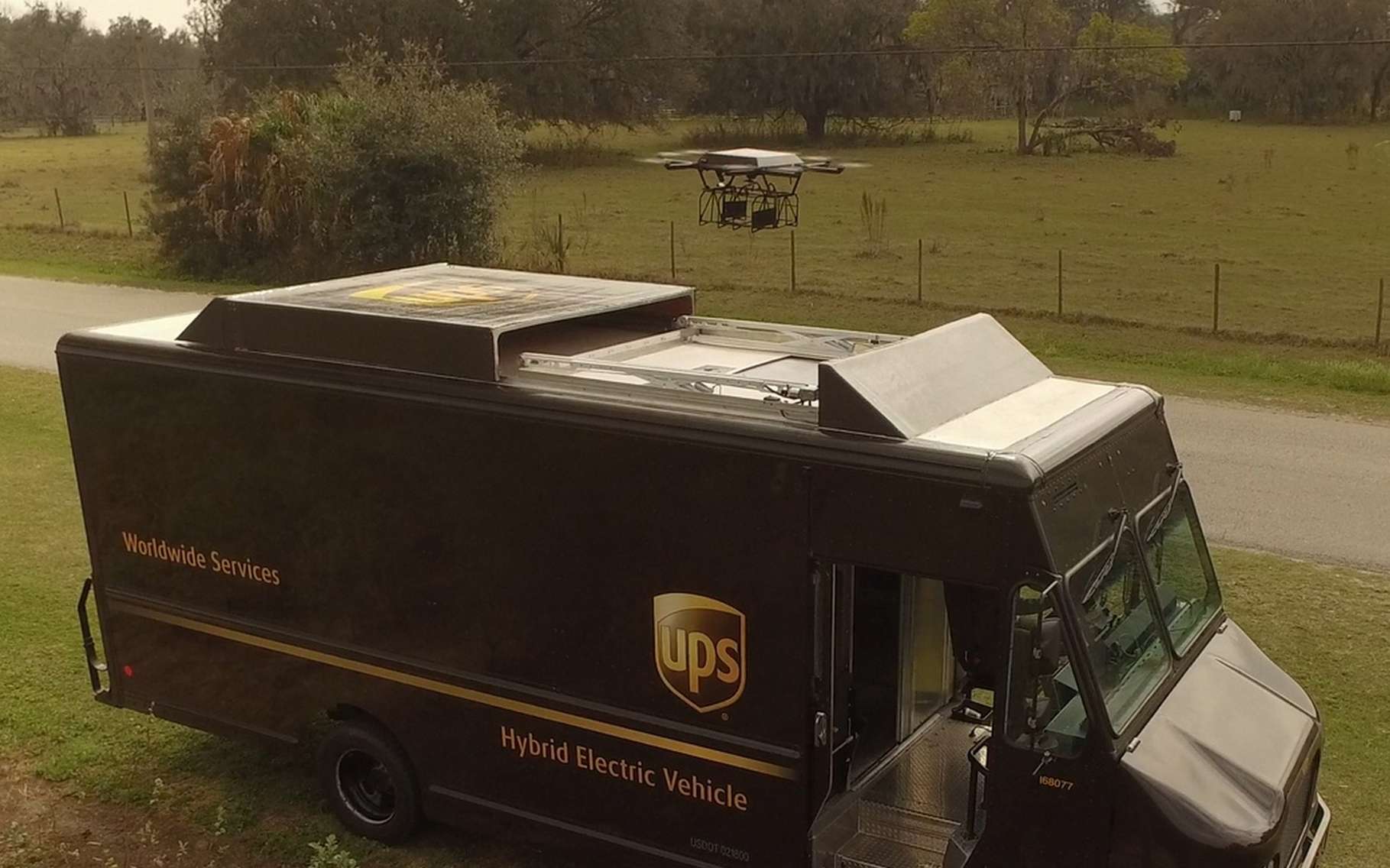 It is in December 2021 that UPS subsidiary Flight Forward announced the start of its collaboration with German drone manufacturing company Wingcopter. The collaboration aims to bring out the next generation of package delivery drones for various use cases in the United States and around the world. UPS chose Wingcopter for its unmanned aircraft technology as well as its previous achievements in delivering goods over long distances.

A variety of delivery options

Since the collaboration between these two companies, both have been working to obtain regulatory certification of an unmanned aircraft in order to conduct commercial delivery flights in the US. This step is also essential to design an entire fleet of drones with different capabilities to intervene on different types of deliveries and best respond to customer needs.

Wingcopter drones are suitable for a wide variety of uses due to their ability to take off and land vertically in tight spaces, and their ability to transition to high-speed horizontal flight. These capabilities would allow UPS to develop ever more advanced and practical solutions in a variety of fields such as retail, medical, industrial manufacturing, hospitality and entertainment. Wingcopter drones have already proven their effectiveness in the medical field, notably in the supply of vaccines on demand, delivering the necessary doses to several different health centers in just a few minutes.

The beginning of commercial use

UPS began to use drones for commercial deliveries in 2020, starting with deliveries to WakeMed’s flagship hospital and campus in Raleigh, North Carolina. The company has since delivered thousands of medical samples by drone in addition to its ground service. UPS has announced various plans to establish drone delivery services at several health and healthcare campuses. The company has also explored the use of drones in the delivery of retail, prescription and medical products in residential settings.

It is in the summer of 2021 that UPS is making the first delivery of the Covid-19 vaccine by drone in the United States. UPS collaborated with the firm Cold Chain Technologies to design a custom solution that keeps the temperature between 2 and 8 degrees Celsius at a suitable size for transport by drone. The drones are powered by batteries and produce no emissions when they are deployed. They also allow less vibration for the transport of a package than a package transported by land. The packages require less insulation and allow the use of gel packs instead of dry ice because they spend less time in transit. Drone delivery is an ideal solution for transporting medications with a short shelf life such as infusions. Pharmacy productivity can be improved by up to 30% with the use of drones to transport vaccines or other pharmaceuticals from a main campus to a clinical network.

In September 2021, the UPS subsidiary received Standard Part 135 certification from the US government allowing it to operate a drone airline. A new step for further use of the drone in delivery!